The 5th Conference on Women Directors 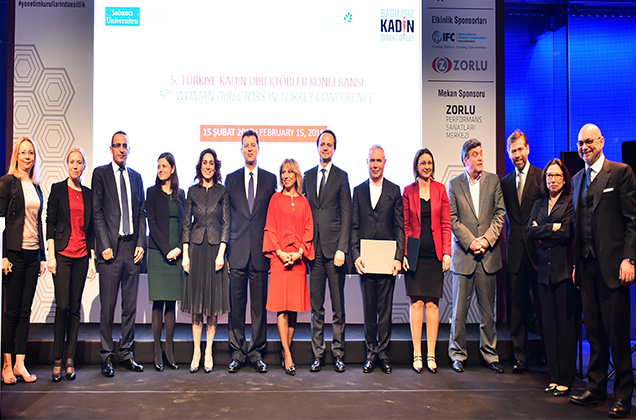 The opening speech of the event was made by IFC ECA Senior Manager Jasper Kjaer. The Woman Directors in Turkey 2017 Report and the outcomes of the imposition of a legal quota were discussed in an international panel session, followed by the 2017 Boards Empowered by Women Awards. 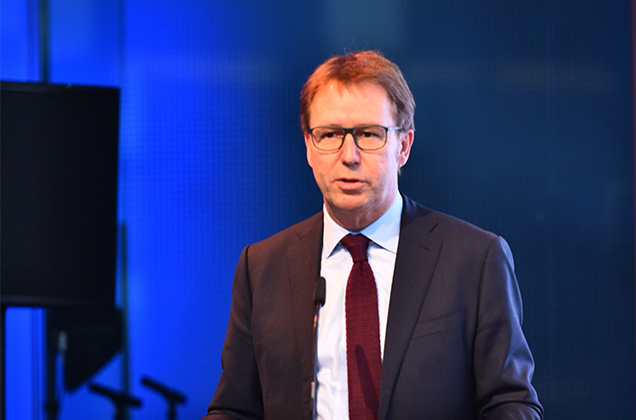 IFC ECA Senior Manager Jesper Kjaer made the opening speech of the event. Jesper Kjaer started his speech saying that it is a global priority for IFC , as well as in Turkey, to support the advancement of the Women on Boards agenda. JK said: “ The current 13.9% rate of women representation in boards in Turkey is close to the world average, but still significantly lower than the targets. To reach these targets, the private sector, regulators and civil society organizations need to work together. Recently, there has been important developments in this respect, such as the 2025 targets of 30% Club, and the CMB recommendation to target 25% women representation in in companies. As a large international investor in Turkey, we strongly support this agenda. Out of 5 of our investee companies, where we have assigned Board Members, 2 are women. We will also soon launch a training program for female executives in corporate governance and board leadership.” 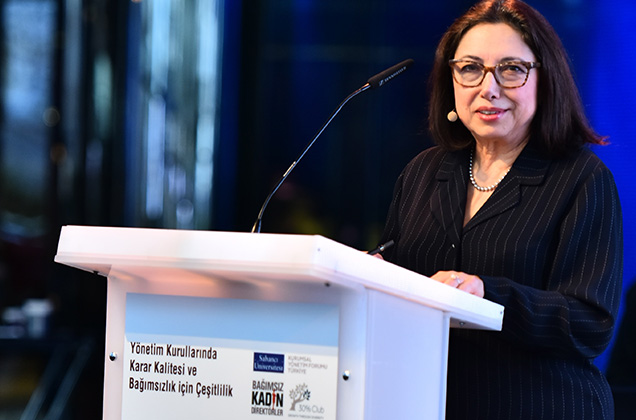 The opening speech was followed by the presentation of the 2017 Report on Woman Directors in Turkey by Sabancı University Corporate Governance Forum Director Melsa Ararat. Melsa Ararat pointed out that the ratio of women on boards had been increasing since 2012 until it declined in 2017, continuing: ‘Unless the fight against gender preconceptions is consistent, companies will not be able to perform sustainably in inclusivity and diversity. We need to work more effectively to ensure that the working environment responds better to the role defined for women by the society nowadays, while also striving to change that very role in the first place.’

Zorlu Holding General Manager of Corporate Communication Aslı Alemdaroğlu said that they were pleased to be cooperating with the Independent Woman Directors project for three out of its five years, continuing, “Approaching the issue only from the perspective of "woman" fails to do the matter justice. We need to normalize and disseminate the concept of gender equality in every area. The social transformation going on across the world today points at a need for pluralistic participation and diversity of opinions in every area from manufacturing to management. It is clear that the only way to achieve sustainable growth, high development, democratization of power, inclusive economy and social peace is through the equal and effective participation of women in social, economic, political and business life. It is critical that our approach is based on 'partnership for the goals' as stated in the 17th UN Sustainable Development Goal. Businesses, academic institutions and civil society actors need to tackle the 4th, 5th and 10th goals, namely quality education, gender equality, and reduced inequalities as a whole." 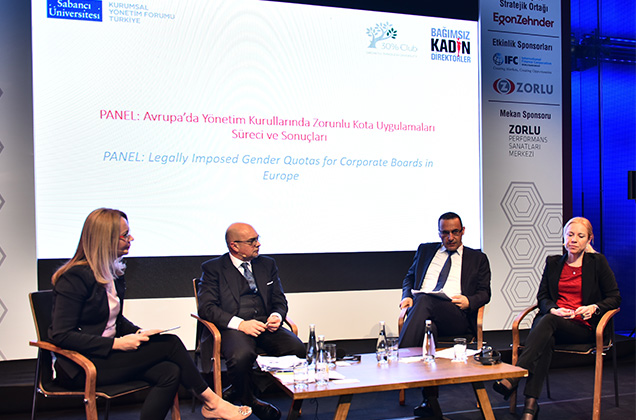 The Special Award for Progress in Board Diversity was given to Klimasan Klima Sanayi ve Ticaret A.Ş. and Marshall Boya ve Vernik Sanayi A.Ş. for increasing the number of woman directors on their boards by 33% from 2013 to 2017. The second special award, Special Award for Transparency in Board Diversity Policy went to TAV Havalimanları A.Ş. and Türkiye Sınai Kalkınma Bankası for setting specific targets to achieve 25% board representation of women as recommended in CMB's Corporate Governance Compliance Guidelines, and for establishing and communicating a Board policy on this matter.

The annual Board Empowered by Women Award was given to TAT Gıda Sanayi AŞ. The inaugural Business Group with the Most Boards Empowered by Women Award for the business group with the highest ratio of woman directors on the boards of their publicly-traded businesses and at least 2 woman directors on every board was given to Akkök Holding.  The award was presented to Akkök Holding CEO and 30% Club Turkey President Ahmet Cemal Dördüncü.